Page 269
Stories about friendship require taking the perspective of friends , taking others seriously for their own sakes . In the best friendships we see in perhaps its purest form a moral paradigm for all human relations .
Page 270
Having friends is only half the relationship , of course , though it is the half that both children and parents tend to be most consciously concerned with . Being a friend is often more important to our moral development .
Page 330
New Friends and Old Friends What is real endures ; it is as true of friendship as of other kinds of love . Make new friends , but keep the old ; Those are silver , these are gold . New - made friendships , like new wine , Age will ...

Every human whether Christian or not should have this book and read it, and reread it. Our children were raised hearing the stories from Bennet's Children's Book of Virtues at bedtime. We purchased ... Read full review

Review: The Book of Virtues: A Treasury of Great Moral Stories

Bennet should be given some kind of pretty lapel pin for compiling this book of some of the best stories humanity has recorded. Read full review

William J. Bennett served as Director of the Office of National Drug Control Policy under President George H. W. Bush and as Secretary of Education and Chairman of the National Endowment for the Humanities under President Reagan. He holds a BA in philosophy from Williams College, a doctorate in political philosophy from the University of Texas, and a law degree from Harvard. He is the author of bestselling books such as The Educated Child, The Death of Outrage, The Book of Virtues, and the two-volume series America: The Last Best Hope. Dr. Bennett is the former host of the nationally syndicated radio show Bill Bennett’s Morning in America and the current host of the popular podcast, The Bill Bennett Show. He is also the Washington Fellow of the Claremont Institute and a regular contributor to CNN. He, his wife, Elayne, and their two sons, John and Joseph, live in Maryland. 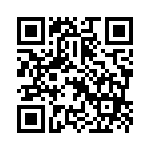