Page
Johnson follows his lead and decides that Shakespeare's plays are not tragedies or comedies but " compositions of a distinct kind exhibiting the real state of sublunary nature which partakes of good and evil , joy and sorrow , mingled ...
Page 447
No , my good lord ; banish Peto , banish Bardolph , banish Pointz : but , for sweet Jack Falstaff , kind Jack Falstaff , true Jack Falstaff , valiant Jack Falstaff , and therefore more valiant , being , as he is , old Jack Falstaff ...
Page 489
Two such opposed kings encamp them still In man as well as herbs , -grace and rude will ; And where the worser is predominant , Full soon the canker death eats up that plant . " LILIES THAT FESTER ' 495 There is a kind THE AGES OF MAN. 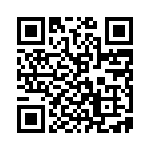