Karl Galinsky is the Floyd Cailloux Centennial Professor of Classics at the University of Texas at Austin. He is the author of many books including Classical and Modern Interactions: Postmodern Architecture, Multiculturalism, Decline, and Other Issues; Ovid's Metamorphoses; and Aeneas, Sicily, and Rome (Princeton). 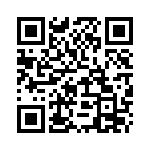