Page 28
The construction : leather or fabric , sometimes of several Assyrians of Xerxes are
said to have had ... thicknesses , sometimes reinforced by quilting with som : and
the Greek heavy infantry of the 5th - 4th centuries BC material such as cotton ...
Page 133
Sometimes , too , the technical factors must be understood in a large sense that
embraces the functional , and they may then be accompanied by moralizing ;
thus , some 20th - century architects have maintained that it is “ honesty ” to let a ...
Page 482
Most languages have only one type of minor vowel or , sometimes , three ( e.g. , a
, i , or'u ) ; others may also have vocalic nasal sounds , which are produced by
releasing the breathstream through the nose , or liquids ( l and r sounds ) as ... 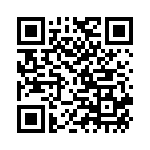