R. Murray Thomas (Ph.D., Stanford University) is an emeritus professor at the University of California, Santa Barbara, where for three decades he taught educational psychology and directed the program in international education. He began his 50-year career in education as a high school teacher at Kamehameha Schools and Mid-Pacific Institute in Honolulu, then continued at the college level at San Francisco State University, the State University of New York (Brockport), and Pajajaran University in Indonesia before moving to Santa Barbara. His professional publications exceed 340, including 46 books for which he served as author, coauthor, or editor. 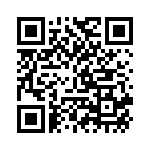