Page 422
... in the past has been based on the assumption that heroin addiction was a
problem primarily among those groups who are recorded by the census as “ non
- White , " or Black , Chicano , Latino , or Puerto Rican , American Indian or
Oriental .
Page 459
Even if the Chicano , is a first , second , or third generation , the value systems
seem to remain . One thing that does not seem to exist in the Black or the Anglo
culture , and does exist in the Chicano culture , is the older sister who takes over
as ...
Page 586
However , more and more Chicano women are coming to believe that developing
their woman power will strengthen the Chicano Movement , and that liberation
includes individual as well as cultural equality . Treatment Plan 1 . Assertiveness
... 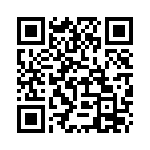