Bruce Hamilton attended Yale College for some two years and then, in 1968, dropped out of Yale. He assiduously has devoted his literary practicing mostly to 5-finger-exercise pieces, such as sonnets and limericks. His recent "literary hero" was and still is Jorge Luis Borges, with whom he shares certain pessimisms regarding language and literature. 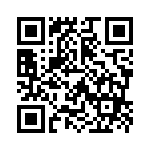