Ed is the Henry Gardineer Symonds Professor of Management and Director of Entrepreneurship in the Jesse H. Jones Graduate School of Management at Rice University. He is also a member of the Board of Directors of several companies including two that are publicly-held: Service Corporation International (NYSE), a Fortune 500 corporation, and EQUSS II Inc. (NYSE). At Rice, he teaches classes on entrepreneurship, venture creation, venture capital investing, business valuations, leveraged buyouts, and acquisitions. He has also started, bought, and/or sold several hundred companies.Williams received his undergraduate education at the University of Pennsylvania where he earned a B.S. in Economics (cum laude) from the Wharton School in 1966. He obtained a Ph.D. from the University of Texas Austin in 1968. At Penn, he was the recipient of the Benjamin Franklin and Jesse Jones scholarships. At Texas, he was awarded the Texas Savings and Loan fellowship.Williams has written extensively for both scholarly and professional journals. His publications include over 40 articles, seven books, and numerous other works. He has had the highest teacher evaluation of any faculty member at Rice University in the history of the school. On seven different occasions he has won the Teaching Excellence Award. Williams was named by Business Week as the #2 Entrepreneur in the United States, and he rates 4 stars from Business Week (the top ranking) as a member of the Jones Business School. 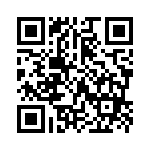