Page 40
5 the prey roots ofuhellion FEAR OF ANGLICANS AND CATHOLICS HELPS
CAUSE THE AMERICAN REVOLUTION O TAXATION WITHOUT
REPRESENTATION . THAT'S WHAT THE American Revolution was about - the
fight for political and ...
Page 41
In a sermon to commemorate the Boston Massacre , Nathaniel Whitaker of Salem
declared that their cause was so just that , should the British again use force
against them , “ the spirit of Christian beneficence would animate us to fill our ...
Page 109
While some Quakers supported the cause of independence , others believed that
their faith required strict neutrality in the conflict , an approach that alienated them
from many of their neighbors . And still others had strong allegiance to the ...

FOUNDING FAITH: Providence, Politics, and the Birth of Religious Freedom in America

A sophisticated discussion of the role of religion in the American Republic's early years.Waldman, co-founder and editor-in-chief of the religion website Beliefnet.com, offers a book sure to displease ... Read full review

Founding faith: providence, politics, and the birth of religious freedom in America

Beliefnet.comThe Founders on God and Government or Jon Meacham's American Gospel: God, the Founding Fathers, and the Making of a Nation will find a similar approach here. What makes this a priority ... Read full review

17 other sections not shown

Steven Waldman is co-founder, CEO, and editor in chief of Beliefnet.com, the largest faith and spirituality website. Previously, Waldman was the national editor of U.S. News & World Report and a national correspondent for Newsweek. His writings have also appeared in The Atlantic, The Washington Post, The New York Times, Slate, The Washington Monthly, National Review, and elsewhere. He appears frequently on television and radio to discuss religion and politics. He is also the author of The Bill, a book about the creation of AmeriCorps. Waldman lives in New York with his wife, the writer Amy Cunningham, and their children, Joseph and Gordon. 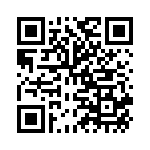