Give it an honest shot. The language isn't contemporary, but the ideas are strong.

Page 345 - O daughter of Babylon, who art to be destroyed; Happy shall he be that rewardeth thee as thou hast served us. Happy shall he be that taketh and dasheth thy little ones against the stones.
Appears in 589 books from 1807-2008
Page 402 - What signify a few lives lost in a century or two? The tree of liberty must be refreshed from time to time, with the blood of patriots and tyrants.
Appears in 879 books from 1829-2008
More
Page 397 - As the decisions now stand I see hardly any limit but the sky to the invalidating of those rights if they happen to strike a majority of this court as for any reason undesirable.
Appears in 123 books from 1883-2007
Page 402 - I hold it, that a little rebellion, now and then, is a good thing, and as necessary in the political world as storms in the physical.
Appears in 477 books from 1829-2008
Page 396 - The legislative authority of any country can only be restrained by its own municipal constitution. This is a principle that springs from the very nature of society ; and the judicial authority can have no right to question the validity of a law, unless such a jurisdiction is expressly given by the constitution.
Appears in 62 books from 1884-2005
Page 397 - I do not think the United States would come to an end if we lost our power to declare an Act of Congress void. I do think the Union would be imperiled if we could not make that declaration as to the laws of the several States.
Appears in 288 books from 1874-2008
Page 487 - The old order changeth, yielding place to new, And God fulfills himself in many ways, Lest one good custom should corrupt the world.
Appears in 311 books from 1856-2008
Page 306 - Consider the lilies of the field; they toil not, neither do they spin: yet Solomon in all his glory was not arrayed like one of these.
Appears in 700 books from 1707-2008
Page 246 - Government, the right to be let alone — the most comprehensive of rights and the right most valued by civilized men.
Appears in 967 books from 1798-2008
Less 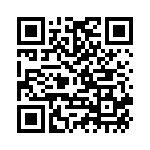