Page 31
The name of the sculptor is not well authenticated ; but the work seemed to me
remarkably well calculated to deepen the associations which environ the memory
of the French knight . The figure is completely encased in armor , and sketched in
...
Page 37
Seemed like old times ; so , having moralized and ruralized , went below and
turned in . * 2774 . — It is still dead calm , ( eight P. m . , ) and the sea is as
smooth and tranquil as possible ; but the gathering clouds around I view , ' and it
looks ...
Page 45
He would frequently get me to read to him portions of Scripture , and he was often
in prayer ; and he seemed to take great delight in trying to sing from his prayer -
book , ( which was constantly at his side , ) even when his voice became too ...
Page 54
It seemed to penetrate places where we should have deemed its appearance
impossible . A friend of mine found a pocket - book of morocco leather quite
mouldy ; though it was in the drawer of a private desk , inclosed within a large
desk ...
Page 60
useful fellow ; and beside performing the high official duty which we have
mentioned , he drew the curtains , stirred the fire , lighted and snuffed the candles
, and like all other little men , seemed to think himself of more importance than
any ...
Next »

Previous review noting missing pages 380 and 381 is not correct. There are not duplicated scanned pages and I found both missing pages to be intact and included.

Page 11 - I have nought that is fair?" saith he; "Have nought but the bearded grain? Though the breath of these flowers is sweet to me, I will give them all back again.
Appears in 550 books from 1824-2007
Page 362 - Uttered not, yet comprehended, Is the spirit's voiceless prayer, Soft rebukes, in blessings ended, Breathing from her lips of air. O, though oft depressed and lonely, All my fears are laid aside, If I but remember only Such as these have lived and died ! FLOWERS.
Appears in 397 books from 1837-2007
More
Page 75 - THE night is come, but not too soon ; And sinking silently, All silently, the little moon Drops down behind the sky. There is no light in earth or heaven, But the cold light of stars ; And the first watch of night is given To the red planet Mars.
Appears in 252 books from 1838-2005
Page 11 - Dear tokens of the earth are they, Where he was once a child. "They shall all bloom in fields of light, Transplanted by my care, And saints, upon their garments white, These sacred blossoms wear.
Appears in 430 books from 1824-2007
Page 414 - Further observation and experience have given me a different idea of this little feathered voluptuary, which I will venture to impart, for the benefit of my schoolboy readers, who may regard him with the same unqualified envy and admiration which I once indulged. I have shown him only as I saw him at first, in what I may call the poetical part of his career, when...
Appears in 65 books from 1839-2004
Page 278 - THE time is now near at hand which must probably determine whether Americans are to be freemen or slaves ; whether they are to have any property they can call their own ; whether their houses and farms are to be pillaged and destroyed, and themselves consigned to a state of wretchedness from which no human efforts will deliver them. The fate of unborn millions will now depend, under God, on the courage and conduct of this army.
Appears in 194 books from 1804-2007
Page 362 - And the voices of the Night Wake the better soul, that slumbered, To a holy, calm delight ; Ere the evening lamps are lighted, And, like phantoms grim and tall, Shadows from the fitful fire-light Dance upon the parlor wall ; Then the forms of the departed Enter at the open door ; The beloved, the true-hearted, Come to visit me once more...
Appears in 358 books from 1832-2007
Page 75 - And earnest thoughts within me rise, When I behold afar, Suspended in the evening skies The shield of that red star. 0 star of strength! I see thee stand And smile upon my pain; Thou beckonest with thy mailed hand, And I am strong again.
Appears in 217 books from 1838-2004
Page 115 - On some fond breast the parting soul relies, Some pious drops the closing eye requires; Even from the tomb the voice of Nature cries, Even in our ashes live their wonted fires.
Appears in 325 books from 1794-2006
Page 208 - The rising mist of day. Hark ! hark ! I hear yon whistling shroud, I see yon quivering mast ; The black throat of the hunted cloud Is panting forth the blast ! An hour, and, whirled like winnowing chaff, The giant surge shall fling His tresses o'er yon...
Appears in 86 books from 1839-2007
Less 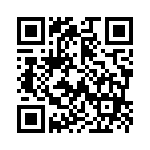