Page 19
From the middle of the sixteenth century the Portuguese were allowed to bring
their firearms , medicine , astronomy , clocks and , most significantly , their
religion . But this hospitality was reversed not long after the turn of the century ,
when the ...
Page 206
In 1159 , a quarter - century before the establishment of the Japanese shogunate
, the first major European work on political theory since Roman times explicitly
stated the king ' s subjecthood to law and ultimately to God . 10 In Policraticus , or
...
Page 260
Roughly a century later when , confounding the Gukansho , there were two rival
emperors , the most learned participant in the politics of this schism , Kitabatake
Chikafusa , wrote a scholarly treatise in support of the emperor of his choice . 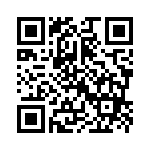