Page 204
Africa , the Nilotic of East Africa , and the Bantu of Predators and scavengers that are important in maintain- Central and southern Africa . Many of the Sudanic peoing the ecological equilibrium are the lion , leopard , chee- ples ...
Page 417
The next division is the central uplands , where rounded formations characterize the areas of volcanic origin , while rugged limestone ranges predominate elsewhere . In the easternmost portion , the imposing gypsum block of Albania's ...
Page 687
Following the Conquest , the eradication of native culture in Central America was more rigorous than in many areas , and the net result is that south of Guatemala , there is almost no truly indigenous culture to be found . 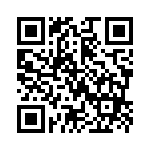