Riso and Hudson go into a lot of detail. I think this is an excellent second read after studying more introductory work or taking part in an Enneagram group. I appreciated their detail regarding the ... Read full review

I took the official Enneagram test online in 2019. Since then, I've taken other online assessments and typed similarly. I'd never paid much attention to the Enneagram before then. With my test results ... Read full review

Don Richard Riso, M.A., is one of the foremost writers and developers of the Enneagram in the world today. The most-published and bestselling author in the field, he is president of Enneagram personality Types, Inc., and co-founder of The Enneagram Institute. He has been teaching the Enneagram for over twenty years and is a founding director of the International Enneagram Association. His four bestselling books are available in British, German, Italian, Japanese, Chinese, Korean, and Spanish editions. He was a Jesuit for thirteen years, holds degrees in English and philosophy, was elected to the Jesuit honor society, Alpha Sigma Nu, and was a Ford Foundation Fellow at Stanford in communication (social psychology).

Russ Hudson is one of the principal scholars and innovative thinkers in the Enneagram world today. He is executive director of Enneagram Personality Types, Inc., and co-founder of The Enneagram Institute. He has been co-teaching the Enneagram Professional Training Programs since 1991 and is a founding director and former vice-president of the International Enneagram Association. He assisted Don Riso in writing Discovering Your Personality Type and Enneagram Transformations. He is also the co-author of Personality Types (Revised Edition), The Power of the Enneagram, and of their forthcoming book, Personality Types at Work. He holds a degree in East Asian studies from Columbia University in New York, from which he graduated Phi Beta Kappa. 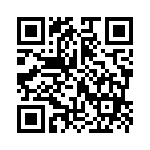