Claudia Orange is a scholar of New Zealand history. Orange earned her M.A. and her Ph.D. from Auckland University. Her thesis was published as The Treaty of Waitangi in 1987, and it received the Goodman Fielder Wattie Book Award in 1988. Orange taught at Auckland University from 1975 to 1983. In 1984, she became assistant editor of the Dictionary of New Zealand Biography. In 1987, she was made deputy editor and in 1990, she became the general editor. Orange published two other books on the Waitangi titled, The Story of a Treaty and An Illustrated History of the Treaty of Waitangi. She has also written books on early New Zealand affairs and the Labour government of 1935 to 1949. Orange was chair of the National Oral History Association of New Zealand. She has been awarded the Order of the British Empire (OBE) for her contributions to historical research. 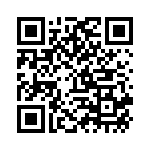