Peter Krämer is lecturer in film studies at the University of East Anglia. He is the coeditor of Screen Acting and The Silent Cinema Reader. 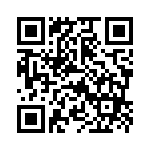