Anna Ohanyan is Richard B. Finnegan Distinguished Professor of Political Science and International Relations at Stonehill College. She is the author of Networked Regionalism as Conflict Management (Stanford, 2015). 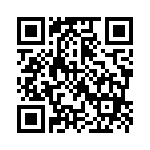