The Burial is a poetic, reimagined tribute to the extraordinary life of legendary Australian 'lady bushranger', Jessie Hickman. Set in the 1920's, as Jessie flees the law after murdering her brutal ... Read full review

The Burial is the debut novel of Courtney Collins. It has been optioned for a feature film by Pure Pictures. Courtney's next work in progress, The Walkman Mix has already received attention through the Melbourne Lord Mayor's Creative Writing Award 2011. Courtney grew up in the Hunter Valley in NSW. She now lives on the Goulburn River in regional Victoria. 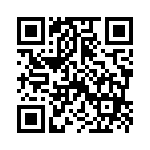