Jessica B. Harris holds a PhD from NYU, teaches English at Queens College, and lectures internationally. The author of the memoir My Soul Looks Back as well as twelve cookbooks, her articles have appeared in Vogue, Food & Wine, Essence, and The New Yorker, among other publications; she has made numerous television and radio appearances and has been profiled in The New York Times. Considered one of the preeminent scholars of the food of the African Diaspora, Harris has been inducted into the James Beard Who’s Who in Food and Beverage in America, received an honorary doctorate from Johnson & Wales University and recently helped the Smithsonian Museum of African American History and Culture to conceptualize its cafeteria. 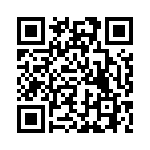