Dame Anne Salmond is Distinguished Professor of Māori Studies at the University of Auckland and author of books including Hui: A Study of Maori Ceremonial Gatherings (1975, A.H. and A.W. Reed); Amiria: The Life Story of a Maori Woman (1976, A.H. and A.W. Reed); Eruera: The Teachings of a Maori Elder (1980, Oxford University Press); Two Worlds: First Meetings between Maori and Europeans 1642–1772 (1991, Viking Press, University of Hawai‘i Press); Between Worlds: Early Exchanges between Maori and Europeans 1773–1815 (1997, Viking Press, University of Hawai‘i Press); The Trial of the Cannibal Dog: Captain Cook in the South Seas (2003, Penguin UK, Penguin NZ, Yale University Press); Aphrodite’s Island: The European Discovery of Tahiti (2007, University of California Press, Penguin NZ) and Bligh: William Bligh in the South Seas (2011, University of California Press, Penguin NZ). Among many honours and awards, she is an International Member of the American Philosophical Society, a Foreign Associate of the US National Academy of Sciences and a Corresponding Fellow of the British Academy; in 2013 she became New Zealander of the Year and winner of the Rutherford Medal from the Royal Society of New Zealand. 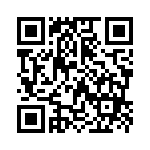