"Box 8 - Anthropic capture: The AI might assign a substantial probability to its simulation hypothesis, the hypothesis that it is living in a computer simulation." In "Superintelligence - Paths ... Read full review

I found this to be a fun and thought-provoking exploration of a possible future in which there is a superintelligence "detonation," in which an artificial intelligence improves itself, rapidly ... Read full review

Nick Bostrom is Professor in the Faculty of Philosophy at Oxford University and founding Director of the Future of Humanity Institute and of the Program on the Impacts of Future Technology within the Oxford Martin School. He is the author of some 200 publications, including Anthropic Bias (Routledge, 2002), Global Catastrophic Risks (ed., OUP, 2008), and Human Enhancement (ed., OUP, 2009). He previously taught at Yale, and he was a Postdoctoral Fellow of the British Academy. Bostrom has a background in physics, computational neuroscience, and mathematical logic as well as philosophy. 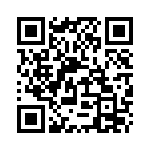