By conveying a broader theoretical basis of the concept of patriarchy, Millet convinced women's contemporary movement. He argues that gender-based sexual politics both institutionalized and privately suppresses women. She sparked a new project by criticizing the practices of patriarchy-biology, gender-based violence, class and education in contemporary thinking about women's roles. . But it should be noted that Kate Nationalism in the book of sexual politics is that politics is a power-based relationship. He describes the mechanism of male domination in his personal form, ideologically, and the institutions and structures related to it, and goes beyond what the approaches to falosentrism make.

Katherine Murray Millett was born in St. Paul, Minnesota on September 14, 1934. She graduated from the University of Minnesota in 1956. After teaching briefly at the University of North Carolina, she pursued her art career in Japan and then New York, where she took a job at Barnard College teaching English literature. She received a PhD from Columbia University. Her doctoral dissertation, Sexual Politics, was published in 1970. Her other books include Flying, Sita, Going to Iran, The Loony-Bin Trip, and Mother Millett. She died from cardiac arrest on September 6, 2017 at the age of 82. 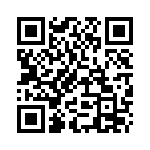