Antonio Gramsci (1891-1937) was an Italian Marxist theorist, one-time leader of the Italian Communist Party, and founder of the official party newspaper, l'Unita. Arrested and imprisoned by the Italian Fascist regime in 1926, Gramsci died before fully regaining his freedom. Gramsci's thirty-three prison notebooks, which contain brilliant reflections on a vast range of subjects, are foundational for an array of disciplines and schools of thought.

Joseph A. Buttigieg (1947-2019) was professor emeritus of English at the University of Notre Dame. He was the author and editor of a number of books, including A Portrait of the Artist in Different Perspective, The Legacy of Antonio Gramsci, Criticism Without Boundaries, Gramsci and Education, European Christian Democracy, and most notably the complete critical edition of Antonio Gramsci's Prison Notebooks (Columbia, 1992-2007). He was also founding member and president of the International Gramsci Society. 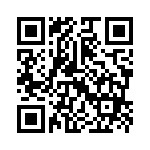