In this work from a new publisher of scholarly books, the late Brazilian educator argues against "progressive" liberalism and its passive acceptance of a world where poverty and hunger coexist with ... Read full review

Any human being who possesses curiosity and the desire for self-improvement will find this book exceptionally beneficial. From its first word to its last, it forces the reader to think about the ethics of what we do- not only as educators and leaders of youth- but as human beings committed to becoming something better. As someone who has read all of Freire's major works, I can say without a doubt THIS is the book people should begin with. His clarity increased with age and, as his last book (his wife finished this one) he is here in Pedagogy of Freedom, the most clear.

Paulo Freire is one of the most widely read educational philosophers and practitioners in the world today, except in the United States, where he remains relatively unknown to many in the educational community as well as the general public. Freire received international acclaim and notoriety with his first and best-known work, Pedagogy of the Oppressed, first published in English in 1970. His teachings draw much of their inspiration from a Marxist critique of society; for this reason he was forced into exile from his native Brazil in 1964, and his works were banned in many developing nations. His pedagogy for adult literacy has been implemented successfully in several African nations and has been the basis for literacy crusades in Nicaragua and other Latin American countries. His philosophical approach to education forms the basis for much of the critical theory work in education now taking place in the United States, Europe, and developing nations. 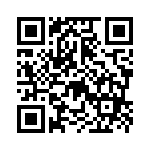