Vandana Shiva is a world-renowned environmental thinker and campaigner. A former physicist, feminist and philosopher, she is prominent in citizens' actions against environmental destruction, and critical of the latest agricultural and genetic engineering technologies and the giant corporations which control them. A leader in the International Forum on Globalization along with Ralph Nader and Jeremy Rifkin, Vandana Shiva won the Alternative Nobel Peace Prize (the Right Livelihood Award) in 1993, and the Earth Day Award. In India she is Director of the Research Foundation for Science, Technology and Ecology. She is also the founder of Bija Vidyapeeth which offers conference and seminar facilities in an ambiance which reinvigorates our vital link with Nature at the Navdanya Biodiversity Conservation and Agroecology Farm in the foothills of the Himalayas.Her numerous influential books include:Staying Alive: Women, Ecology and Development (Zed Books and Kali for Women, 1989)The Violence of the Green Revolution (Zed Books and Third World Network, 1991)Monocultures of the Mind (Zed Books and Third World Network, 1993)Biopiracy: The Plunder of Nature and Knowledge (South End Press, 1997)Stolen Harvest: The Highjacking of the Global Food Supply (South End Press and Zed Books, 2000)Protect or Plunder? Understanding Intellectual Property Rights (Penguin Books India and Zed Books, 2001) 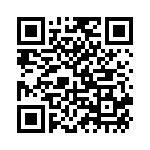