thank you very much for your insight on decolonization. great read

Becky is Ngāti Porou and Ngāpuhi and grew up in Havelock North, a predominantly Pākehā community in Kahungunu territory. She was sent to St Joseph’s Māori Girls College to learn about her Māoritanga. She is still on this journey and, while her learning journey is more of a plod, she 178continues to hope for more reo and tikanga fluency, to learn more mātauranga Māori and ultimately to see social and cultural justice for Māori whānau.

Moana Jackson is Ngāti Kahungunu, Ngāti Porou and Rongomaiwahine. Moana likes telling stories to and for his mokopuna and hopes they will grow up in a land where Te Tiriti is finally seen as the base for respectful political relationships. Then there will be other stories to tell.

Ocean is of Ngāti Porou and Cornish descent. She was raised in the suburb of Northland, Te Whanganui-a-Tara/Wellington. Like many residents of the area she grew up knowing Te Ahumairangi, the local maunga, as ‘Tinnakoory Hill’. Ocean studied and worked at the university variously known as Victoria College and Te Whare Wānanga o te Ūpoko o te Ika a Māui. Places and landscapes have been renamed all around her and she loves nothing better than to think and run in amongst it all, sometimes with a map in hand.

Mike grew up in a blue collar whānau in Porirua, with frequent trips and stays amongst his extended Hotene whānau. He’s always loved everything about being Māori: the sounds, the food, the look, the people, and the ways. This led to roles supporting Māori in communities and eventually to teaching in Te Kawa a Māui at Te Herenga Waka – Victoria University Wellington.

Jennie is Ngāti Toa Rangatira. Her background is in environmental management and policy development. She has held roles working for her iwi in an environmental management capacity and supporting the negotiation of the Ngāti Toa Rangatira Treaty of Waitangi claim. She is currently a Principal Advisor at Te Puni Kōkiri, the Ministry of Māori Development. She truly believes that te ao Māori is beneficial for not only our people but for all.

Amanda is from Horomaka/Banks Peninsula and Ōtautahi/Christchurch, and now lives in Pōneke/Wellington. She grew up surrounded by stories about Ngāi Tahu but didn’t do much thinking about what it meant to be Pākehā in Ngāi Tahu territory until recently. Now she thinks about Pākehā-ness a lot, what it means and how to have good relationships with Māori and Aotearoa New Zealand. Her friends and family are probably quite sick of being sounding boards but are generous about it all the same. 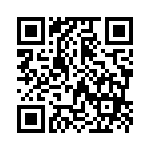