Geoff Ross and Justine Troy are the founders of the revolutionary and internattional-award--winning New Zealand-distilled vodka brand 42 Below. They sold the company to Bacardi in 2007 and these days are actively involved in other business investments and ventures. During the period he ran 42 below Geoff Ross won the New Thinking Award at the 2006 NZTE Export Awards. and was also named Emerging Exporter of the Year. He later went on to win the coveted Management magazine Exporter of the Year Award. They live in Auckland.with their two young sons. Geoff is a high-profile advocate for the Sign On campaign to get government action on climate change, and is also a frequent commentator on how the failure to be 100 per cent clean and green threatens othe country's brand and our vital export and tourism markets. 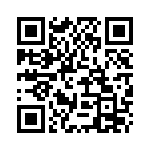